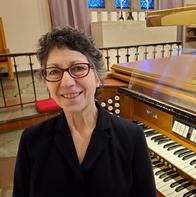 ​​Fiona Schulz has served as the secretary at Christ Evangelical Lutheran Church since June 2018. She grew up on the Northern Beaches of Sydney Australia. She met her husband, Kevin, in 1998 while working at Caroline Furnace Lutheran Camp & Retreat Center in Fort Valley. They were married in Sydney and moved to the states in 2000. They began their married life together in Northern VA for a few years, then relocated to Roanoke in 2004. Fiona and Kevin we have two kids, Connor and Caitlin. They enjoy the mountain area with many outdoor adventures available, but her heart is still at the beach! Fiona and her family have been members of Christ Lutheran Church since 2004. Before becoming the secretary at Christ Lutheran she enjoyed teaching 3-year-olds at Covenant Presbyterian Preschool. "I am blessed to support my coworkers in the ministries that we are involved in, in the congregation as well as in our community, so that we may continue to grow in love, grace and peace."

Pastor Dave was born in Winchester, VA and raised in McLean, outside of Washington D.C.  After graduating from Cornell University, he had a career in the Hospitality Industry.   Pastor Dave entered the Lutheran Theological Southern Seminary in 1983 and was ordained in May of 1987 here in Virginia. Prior to being called to Christ Lutheran, he served congregations in Ohio, Virginia, and Utah.  He is blessed by his wife Diane who teaches at Patrick Henry High School. They have two wonderful  sons: Joshua who is married to Jessi and active in our congregation and Isaac who is engaged to McKenna and lives in Charlotte.  He loves the people of Christ and has been privileged to serve as a Pastor since August of 2001.

​Kim Mucha was raised in Roanoke and graduated from James Madison University with a Bachelor of Music degree in piano performance. She has held many jobs in the music field, including church music director, piano teacher, piano salesperson, and general music teacher. The wife of retired United Methodist minister David Mucha, she has been active in the United Methodist Church since childhood. Kim has led the New Song worship team since August 2010. She also teaches preschool through 8th grade general music at Community School. In addition to playing the piano, she enjoys reading and crafting, especially needlework. She especially enjoys playing with her granddaughter Ella and volunteering with Girls Rock Roanoke. 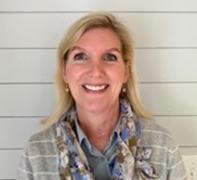 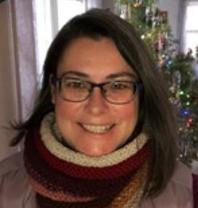 Pastor Cindy grew up in St. Petersburg, FL. She graduated with a B.A. in Religion from Florida State University in 1994. She graduated from Luther Seminary in St. Paul, MN in 1999 and was ordained the same year. Prior to being called to serve Christ Lutheran in 2010, Pastor Cindy served congregations in Iowa and Florida. Her greatest blessing is being mother to Jonah, Micah, and Levi. She enjoys hiking local trails, playing board games, and walking with her sweet dog, Barret. Pastor Cindy is grateful for the opportunity to worship, grow, learn and serve with the faithful people of Christ Lutheran! 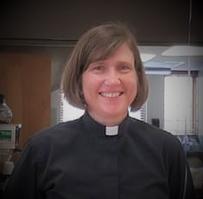 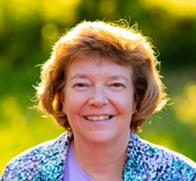 ​​Nancy Delaney has been the Organist/Director of Music at Christ Lutheran since 1994. Prior to that she served congregations in Charlottesville, Hampton, Newport News, and in Ohio and Florida. She holds Bachelor's and Master's degrees in Organ Performance and Sacred Music from Wittenberg University in Ohio. She has been active in the American Guild of Organists and the Association of Lutheran Church Musicians, and has served as event organist for a variety of Virginia Synod events. She is married to Pastor David Delaney who serves in the Virginia Synod Bishop's office. They have two grown daughters who live in Europe.

Diana is a graduate of Roanoke College. She received her MALS from Hollins and her Library Media Specialist Endorsement from UVA.  She has been with Noah’s Landing Preschool since 1998. Diana began teaching at the preschool when her twins, Will and Emily, were in the 4 yr. old class.  She is married to Bill Pilat and enjoys reading, baking and knitting. 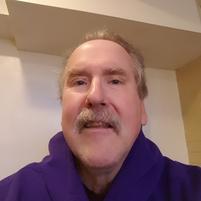